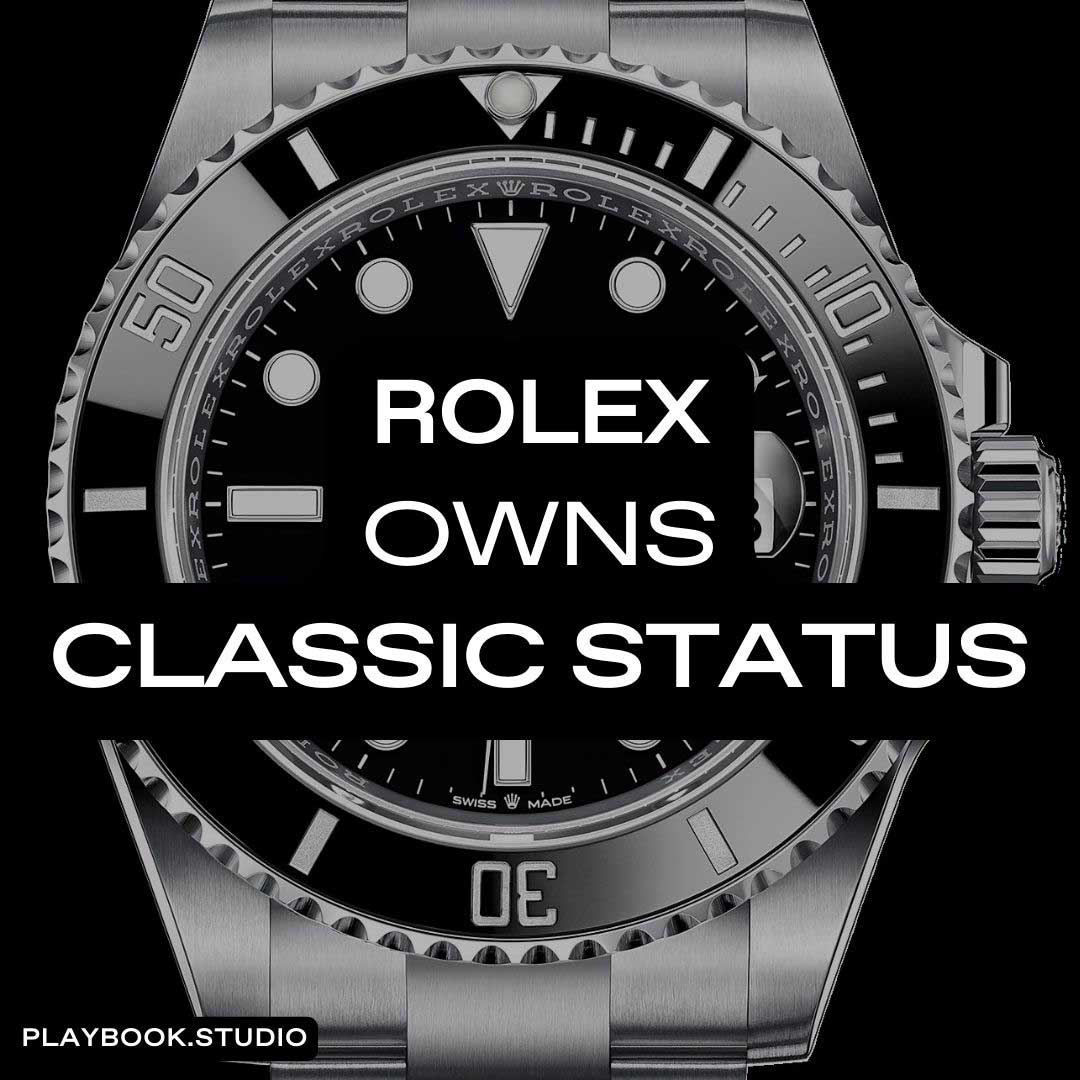 Posted at 10:02h in X owns X by Graceann Bennett

Few brands can claim ownership over the concept of “status” like Rolex does. Founded in 1905 by Hans Wilsdorf and Alfred Davis, the company’s fascinating history and audacious leadership led to one of the earliest examples of total industry disruption and as a result, Rolex remains one of the strongest physical symbols of wealth and status in the world today.

Like many persistent entrepreneurs, Hans Wilsdorf had a rocky start to life. After the death of both of his parents when he was 12 years old, he and his siblings were sent to live with their aunt and uncle in Germany. When Wilsdorf was 18, he secured a position at a pearl distribution company where he began learning the ins and outs of international trade and the jewelry industry. At age 22, Wilsdorf moved to London with the intention of starting his own watch company. Unfortunately, his entire inheritance, totaling 33,000 German gold marks – which equates to about $17,000 USD – was stolen by thieves during his journey. Despite his entrepreneurial dreams being stunted, Wilsdorf continued to work in the English watch industry until he met his soon-to-be brother-in-law and business partner, Alfred Davis. With their inherited fortunes still intact, Wilsdorf’s siblings generously lent their brother the money to match Davis’ investment offer, making the men equal partners in the wristwatch company they initially named Wilsdorf and Davis.

However, in 1905 wristwatches were not called wristwatches; they were called wristlets, and they were small in size, small in number, inaccurate, and primarily worn by women. It was said that “real men” sported pocket watches, some men going as far as to claim that they “would sooner be caught wearing a skirt than a wristlet.” This was partly due to the fact that men believed wristwatches to be dainty accessories, not fit to withstand the rigor of their manly activities. Rolex would spend the next two decades completely shattering this stigma with a series of bold and unconventional marketing tactics.

In thinking about how to sell the public (especially “real men”) on the idea of wristwatches, Wilsdorf cleverly recalled a key fact from the recently ended Boer War: extreme heat had prevented soldiers from wearing jackets, where their pocket watches were kept. Not to mention that in the midst of battle, it was incredibly inconvenient to fumble around for a pocket watch. As a temporary solution, soldiers began to strap small pocket watches onto their wrists. By the time World War I forced Britain into battle once again in 1914, Wilsdorf and Davis were ready to forge a virtually non-existent market: wristwatches for the “real men.” In 1915, Wilsdorf removed his name from the company – likely due to it being of German origin during this time of political unrest – and Wilsdorf and Davis officially became Rolex.

Rolex had been promoting its wristwatch as the next level of watchmaking since its inception, positioning the watch as a practical, precise, and robust timepiece fit for even the most critical of situations. In 1910, the Rolex was the first wristwatch in the world to receive the Swiss Certificate of Chronometric Precision. In 1914, Wilsdorf once again demonstrated his knack for public relations by convincing the Kew Observatory and the British government to certify Rolex with a Class A Precision Certificate – a distinction previously reserved for marine chronometers. Rolex colloquially became known as “The Crown” when Wilsdorf trademarked its iconic five-point coronet, a symbol that would stand the test of time and solidify the brand’s recognizability.

Having established its wristwatches as being error-proof, Rolex set out to conquer the frontier that would set them apart from any competitor at the time: waterproofing. Wilsdorf patented the “Oyster” in 1926 after he was creatively inspired at a dinner party while struggling to open an oyster. This design describes the brand’s famous hermetically sealed case that completely protects the watch from dust and water. In a display of his marketing savvy, Wilsdorf asked Mercedes Gleitze, soon to be the first woman to swim the English Channel, to wear this new Oyster design during her expedition to test and promote its water resistance. The watch performed beautifully, prompting Wilsdorf to plan his next extreme advertising campaign, which had the Royal Air Force wearing Rolex Oyster wristwatches as they flew over Mount Everest for the first time. Rolex successfully proved that their wristwatches can withstand any condition, be it high above or far below the ground. The brand brilliantly wove its story into tales of triumph at a time where the world was gripped by feats of speed, flight, and seemingly superhuman achievement.

By 1950, the company was wildly successful and looking for a worthy recipient of their 150,000th officially certified chronometer Rolex. General Dwight D. Eisenhower was gifted this exquisite watch, engraved with his initials, five stars representing his rank, and 12-19-1950 – the date that General Eisenhower was appointed Supreme Commander of NATO. Eisenhower wore his beloved custom Rolex on the cover of Life Magazine in July of 1952, earning the brand massive amounts of clout and publicity. And when Ike was elected 34th president of the United States in 1953, Rolex officially arrived as the “it” watch, where it remains to this day.

So while it may be true that prior to WWI, “real men” didn’t wear wristwatches, over a century later, Rolex has successfully created a physical embodiment of classic status for anyone who aspires to be a part of the brand’s bold history and its enduring future.