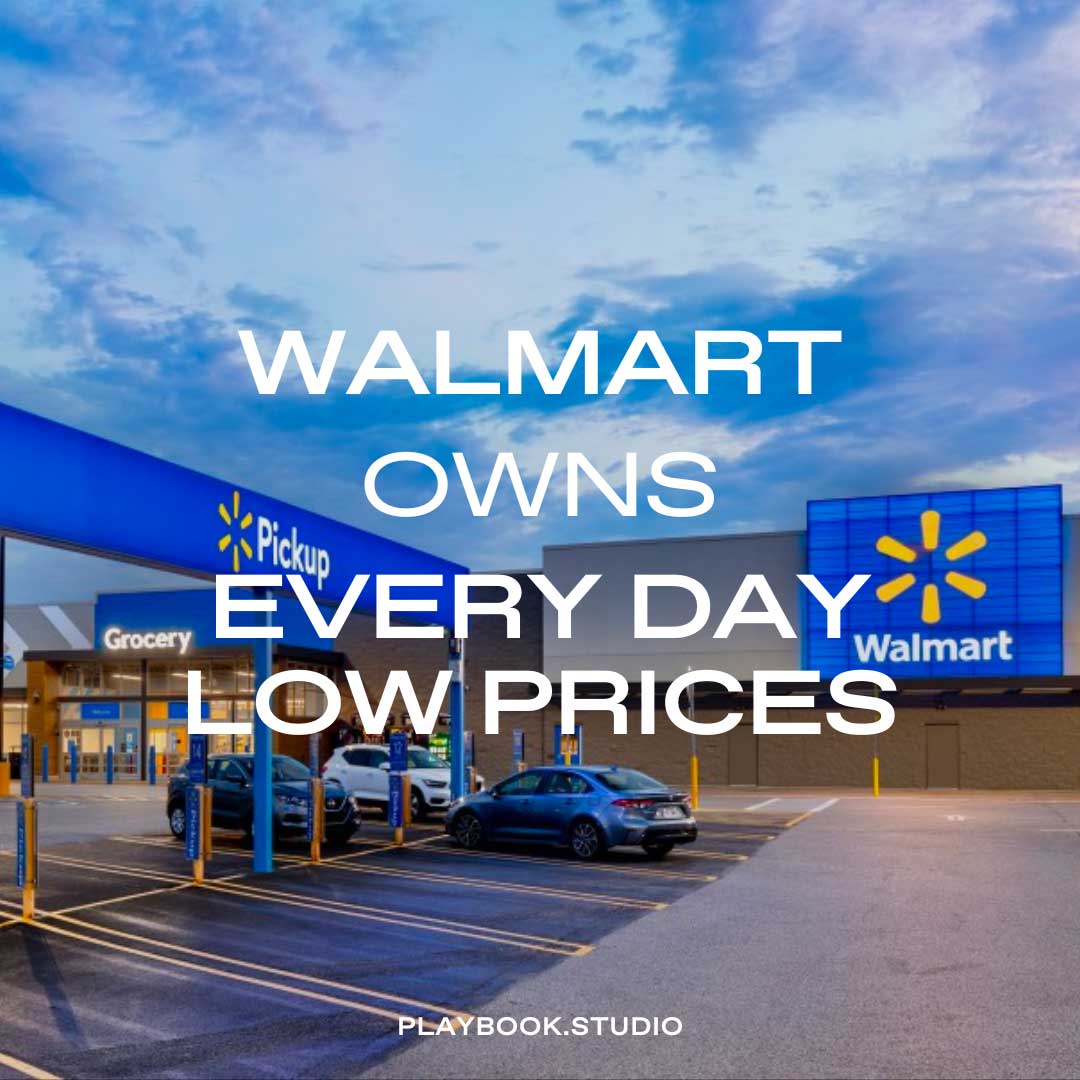 Posted at 12:12h in X owns X by JamesWaldron

Like many companies that grow to be larger than life, Walmart comes from humble beginnings. When brothers Sam and James “Bud” Walton set out to open a neighborhood discount store in their hometown of Rogers, Arkansas in 1962, they did not anticipate that the Walmart brand would grow into a staple of American midwest culture, let alone expand into an international symbol of low-cost goods. While every great brand utilizes strong marketing and pricing strategies for exponential growth, Walmart is unique in that it spells out its secret to success in plain english, even going as far as using it as one of its taglines: Every Day Low Prices, or EDLP for short.

Every Day Low Price is a pricing strategy – codified into Walmart’s ethos – that promises customers the lowest prices on stock without the use of coupons, promotions, or sales events. The reason that Walmart is able to do this on every item all comes down to supplier relationships. While the EDLP strategy benefits both supplier and retailer, the sales volume must be there to support it. As the largest global retailer, this is not a problem for Walmart, and its bargaining power with suppliers is second to none. Additionally, the company goes to great lengths to continuously improve its supply chain process, implementing initiatives that set measurable goals to help suppliers become the best and most efficient partners possible.

Walmart’s Every Day Low Price strategy can be traced all the way back to 1974 when Jack Shewmaker, Walmart VP of Security, was promoted to VP of Operations. In an effort to increase sales and long-term efficiency, he devised a strategy that eliminated all sales and coupons – a concept that was virtually unheard of at the time. After couponing was introduced during the Great Depression Era, many Americans were obsessed with hunting for deals and collecting coupons from weekly magazines and catalogs. By the 1970s, well over 50% of all American households were clipping coupons on a regular basis. Because of this cultural norm, Walmart’s introduction of EDLP was initially unsuccessful. However, Jack Shewmaker was playing the long game and did not lose hope. Spray paint cans were chosen at random to be a test item for the EDLP strategy, and after about 6 months, sales on the item increased by 127%, giving Walmart its first glimmer of hope that the EDLP strategy would ultimately prevail.

Today, Walmart is the largest company in the world by revenue, boasting about $570 billion in annual sales, according to the 2022 Fortune Global 500 list. With over half of its 10,500+ locations being in the states, about 90% of Americans today live within 15 miles of a Walmart store and 65% of Walmart’s total annual revenue comes from its U.S. operations. It is also the largest private employer in the world with 2.3 million employees, 1.6 million of which are in the U.S. Despite its global status, Walmart remains a publicly traded family-owned business, as the company is still controlled by the Walton family. Sam Walton’s heirs own over 50% of Walmart through both their holding company, Walton Enterprises, and their personal shares.

Many factors have allowed Walmart to maintain its Every Day Low Price strategy throughout the years, but the greatest is the sheer size and influence that the brand has established over time. Thousands of brands depend on Walmart sales alone to stay in business, and even large, established companies with hundreds of retailers cannot afford to be removed from Walmart’s shelves. This gives Walmart the power to demand lower wholesale rates than just about any other retailer on earth, and it continues to pass on those savings to millions of Walmart shoppers in the form of the Every Day Low Price guarantee.