Posted at 12:16h in Business by Graceann Bennett 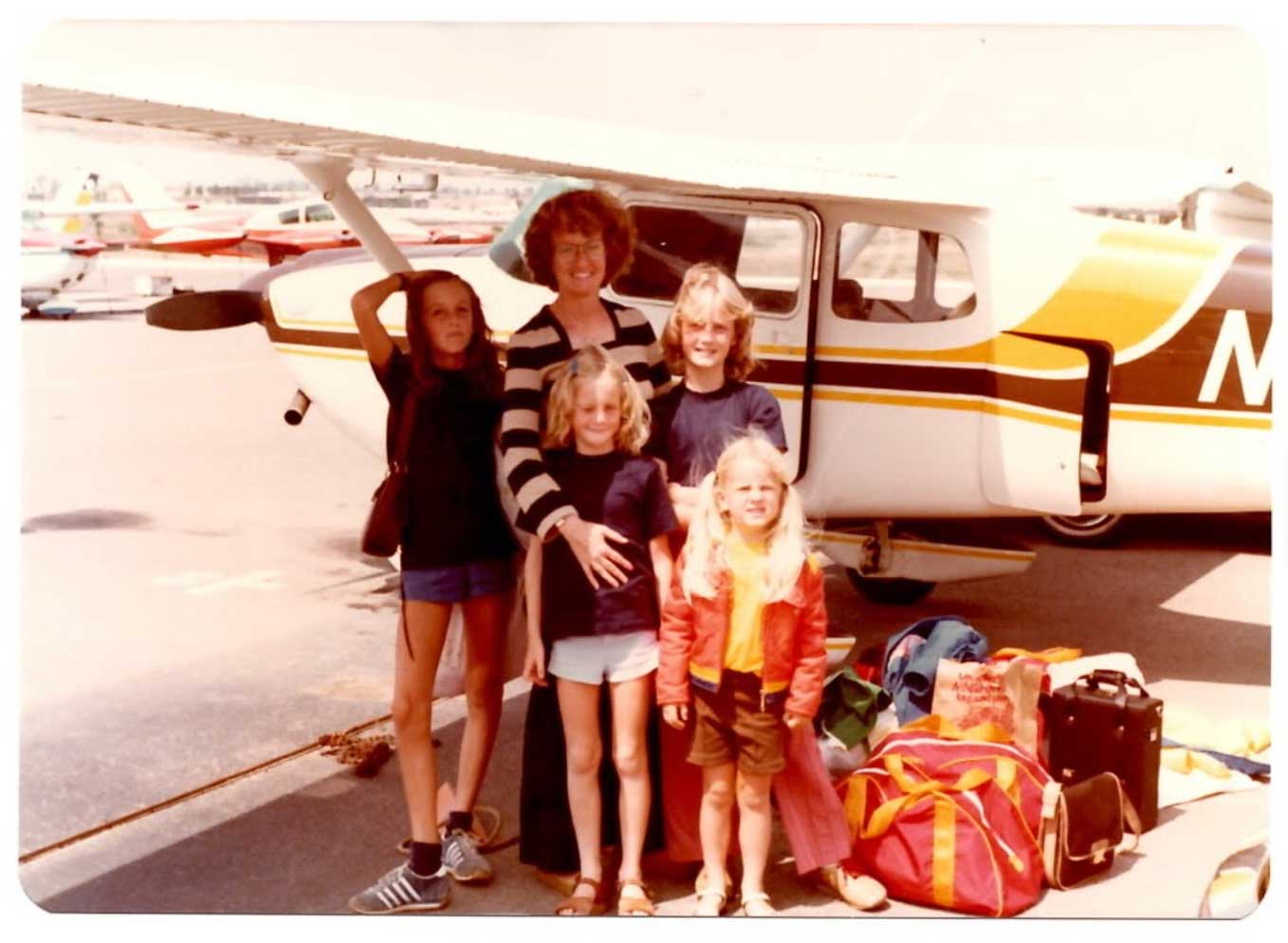 Midday on a random Tuesday afternoon as I was working through my email, I got a phone call. I didn’t recognize the number, but decided to pick up anyway.

It was Steve Harfst: “Hey, I’m the CEO of a new airline, want to help me brand it?” he asked.

Steve and I met just a few months earlier at an airport in Knoxville, Tennessee. There on the tarmac, I was the only woman among a cadre of seasoned flyboys gathered to test lightweight jets for an early-phase flight-sharing concept. Steve, a former top gun pilot, was one of them. The test flights on that sunny day brought back fond memories of family vacations flying across the US with my mom, dad, and three younger sisters in my dad’s plane, a restored Cessna 172.

Steve and I hadn’t spoken since then, and I was happy to hear from him. Over the phone, he told me he’d bought the rights to the then defunct Eastern Airlines brand name for $1, corralled interested investors, and secured a coveted US Flag airline certification. Now the new Eastern Airlines needed to put itself back on the map, and Playbook was the agency for the job.

Eastern in its first iteration stopped flying in 1991, after nearly 70 years of service. Founded in 1925 with race car driver, unsurpassed WWI ace fighter pilot, and all around badass Eddie Rickenbacker as CEO, it emerged as a leader in commercial flight during the so-called Golden Age of air travel. The airline’s famous iconography and advertising captured the essence of that bygone era, a time when the newly global citizens of the roaring twenties were eagerly taking to the skies expecting great service and adventure.

This storied history, combined with my own relationship to flying, made the rebrand a dream assignment. It was also a formidable challenge: how to do right by Eastern’s thousands of nostalgic fans while creating something fit to fly in the undeniably global twenty-first century. So Playbook partnered with strategic agency Mechanica and digital experts Amalgam. With our work cut out for us, we got started.

A lot had changed since Eastern’s glory days. For most frequent flyers in the US today, commercial flight is simply a means to an end––a cramped, overpriced but unavoidable way of getting from point A to point B. That is, with the exception of one often overlooked international group: the growing number of mobile, global citizens from emerging twenty-first century markets like Guayaquil, Ecuador, and Eastern China. In these underserved markets, Harfst and company sought to fill a void.

We began with a deep dive into the Eastern Airlines archives. Digging through founder stories, iconography, advertising, plane designs, crew uniforms, and memorabilia, we tried to understand the roots of the iconic brand. And while we spent ample time learning from the past, the future was as if not more important.

Seeking to intimately understand our new global customers, we got to know regional crew members and locals in Guayaquil (Ecuador), Georgetown (Guyana) and other underserved growing markets. We learned that for this unique audience travel is rooted in life transformation. Be it a departure to new lives and possibilities in the US, or a trip home to reconnect with friends and family, a long-distance flight retains a magical sense of possibility. Playbook saw an opportunity for Eastern Airlines to reignite the culture of wide-eyed exploration it pioneered by providing customers with affordable non-stop flights to and from New York City. Our task, then, was how to distill this attitude into a brand identity that would resonate with these new global audiences while simultaneously honoring the rich legacy and iconography of the Eastern Airlines brand.

Our final brand identity for Eastern Airlines is embedded with explorer DNA, and I couldn’t be happier with the results. Inspired by the illustrative beauty of topographic maps, our designs shifted the perspective from the iconic Eastern bird to a bird’s eye view of Eastern’s new global destinations.

Our collection of supporting map logos reference the unique local colors and regional geography of each individual market––bold palettes and shapes with symbolic value. We landed on these evocative designs with the help of local crewmembers in Guayaquil, Jinan, and Georgetown. The three main rivers of Guyana and the colors of its national flag for example, inspire our supporting logo for Georgetown. Global customers will see these designs on Eastern’s website, social media platforms, and marketing in their home cities.

The primary “map” logo, however, doesn’t reference any one landscape in particular. Rather, it symbolizes a universal space shared by global citizens in flight. The colors––dark blue, light blue and golden yellow––are a modern day reinterpretation of the brand’s original palette, and represent the sky, the sea and the sun. And, with longtime fans in mind, we held on to the original minimalist bird icon as a supporting design element.

It was an honor to be a part of this collaboration. Guided by Eastern’s resilient founding principles, we set out to uplift and empower Eastern Airlines and its passengers, and I’m proud of what we accomplished. Now, Eastern is steadily growing its customer base and expanding its routes based on its ability to remain nimble in underserved markets during these challenging times.