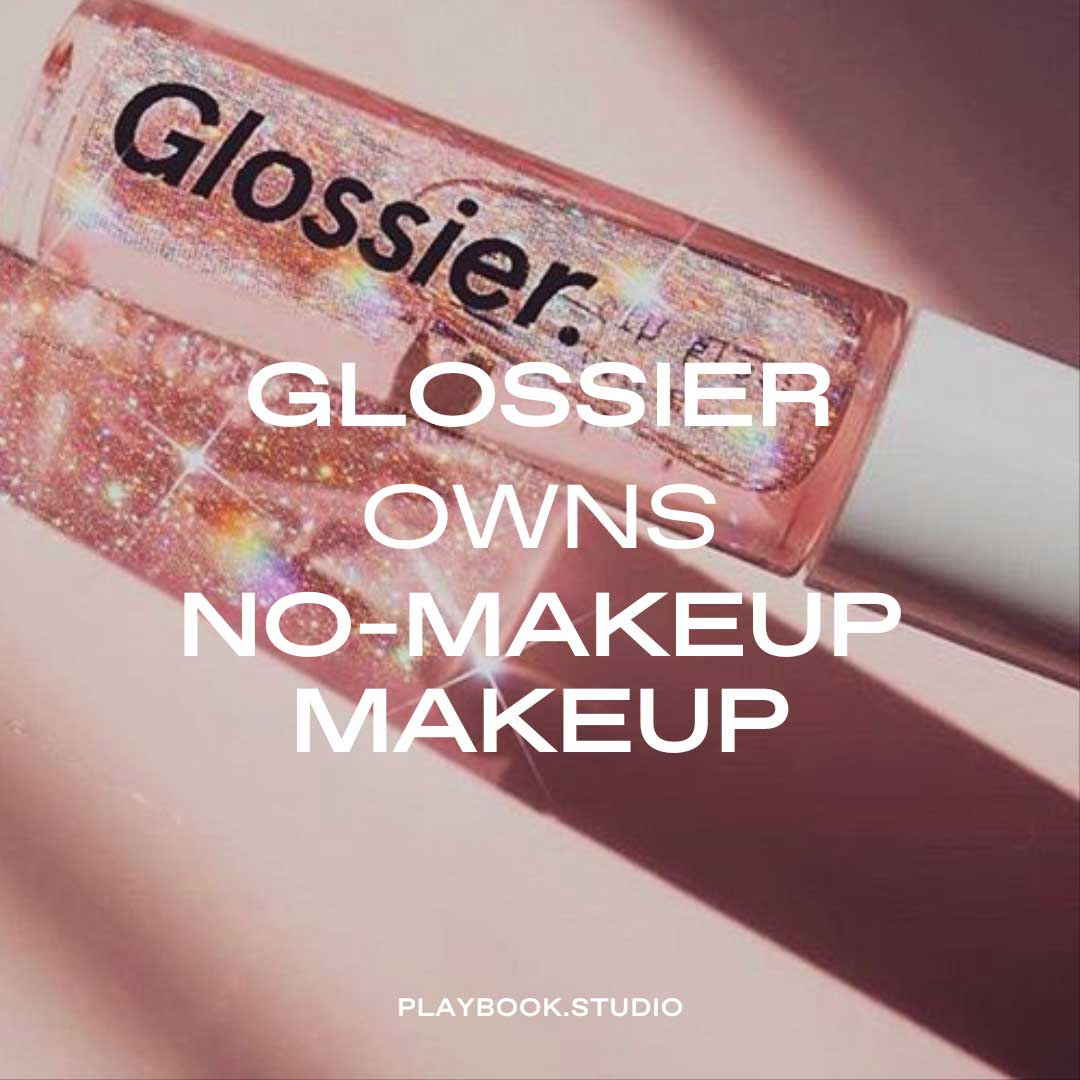 Posted at 12:10h in X owns X by JamesWaldron

In 2010, Emily Weiss, a fashion assistant at Vogue, launched her side hustle as an early beauty influencer with a blog called Into The Gloss. She used this space to share beauty tips, discuss trends, review new products, and interview industry professionals from editors to stylists and even the occasional celebrity. Into The Gloss saw rapid success, hitting over 6 million views within the first 6 months. In the meantime at Vogue, Weiss used her “beauty guru” status and experience facilitating advertising and sponsorship deals with household name beauty brands to gain a vital piece of industry insight: brands were struggling to resonate and connect with the new generation of millennial consumers. There was a palpable shift emerging that heritage beauty brands seemed to be ignorant of, fueled by a new wave of feminism and female empowerment that had women embracing their natural beauty – flaws and all – and ditching heavy, oppressive makeup designed to cover every inch of perceived imperfection.

Emily Weiss launched Glossier in 2014 with a mission to create a beauty brand whose sweatshirt people would want to wear. In other words, she wanted to not only launch physical products, but build an aesthetic so cool that it transcended the face. Upon raising an initial $2 million in seed funding, Weiss launched Glossier with four products – a moisturizer, a face mist, a skin tint, and a lip balm – and succeeded at just that. By March of 2019, Glossier was valued at $1.2 billion after closing a $100 million series D funding round led by Sequoia Capital. In just 5 years, Weiss had successfully turned a blog into a billion dollar company by creating and owning a new category of beauty: no-makeup makeup.

Glossier was built on a “skin first, makeup second” approach. Healthy, fresh, radiant, and effortlessly “glossy” are some of the adjectives that described this new and coveted Glossier aesthetic. During the 5 years that Glossier experienced explosive growth, the cultural zeitgeist had millennial women going crazy for anything influencer-recommended and minimal in design – bonus points if it was “Millennial Pink” (or if you’re going by the official name, Pantone’s 2016 Color of the Year: Rose Quartz). With Glossier’s signature pink bubble pouch and minimal design in both packaging and performance, it’s no wonder the brand’s success was pioneered by millennial women who were craving something new and fresh to shake up their beauty routines.

In 2016, Glossier took its digitally native brand to brick-and-mortar with the Glossier NYC Showroom located in a chic SoHo penthouse. Once again, the endeavor was hugely successful; eager shoppers were hard-pressed to find the line not snaked around the block at any given time. The flagship store was the definition of experiential retail, or what Emily Weiss calls “emotional commerce,” with its aesthetically-pleasing and very deliberate design that can only be described as “Instagrammable.” The brand went on to open several more locations – all designed to be an influencer’s paradise – before being severely impacted by COVID-19. The beloved NYC flagship closed its doors in 2020, around the same time that former Glossier retail employees published an open letter on Instagram under the name, Outta The Gloss, exposing toxicity and racism in Glossier’s workplace. These accusations came at a time of heightened awareness and sensitivity around these types of issues, and the brand has unfortunately struggled to recover since.

Despite Glossier’s recent downturn in popularity, it is only fair to give credit where credit is due. Emily Weiss and her executive team may have made some mistakes along the way, but Glossier remains the creator of an entirely new category of beauty that many brands continue to emulate today, empowering beauty lovers everywhere to bare it all proudly with no-makeup makeup.